Something to Think About

Thanks and Blessings to BibleVerses.net for the daily verses. 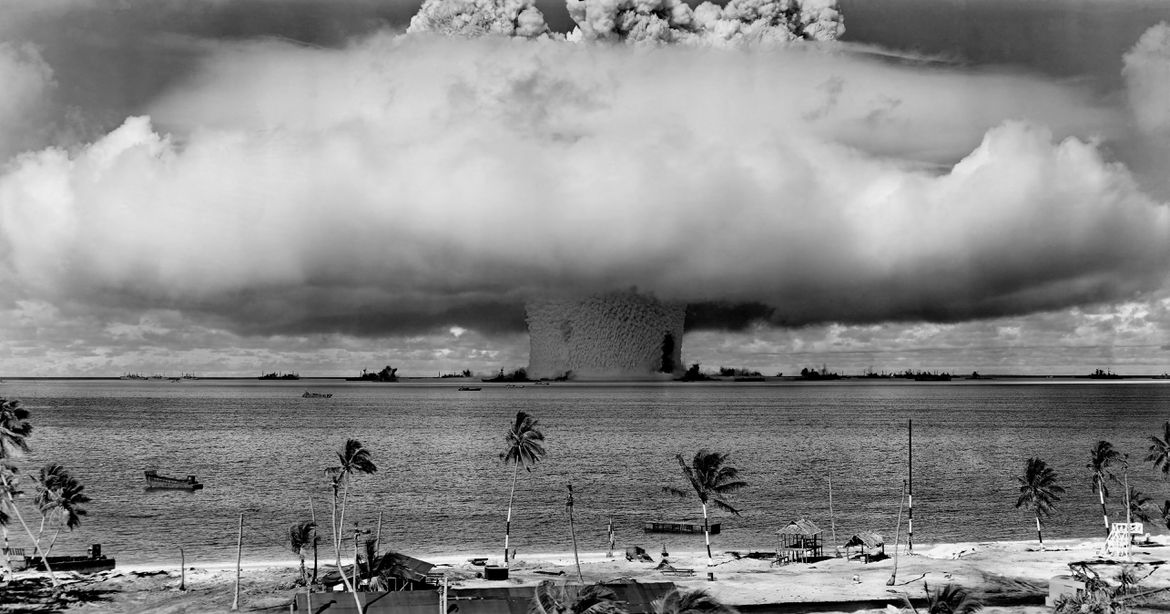 Bikini Atoll 70 years after nuclear tests were performed there  is thriving. On July 24, 1946 the nuclear (nucular) explosion called the Baker Test bloomed and shrouded its formidable height over the U.S. Navy’s test fleet. The United States dropped 23 nuclear bombs on the island, including a device in 1954 that was 1,100-times larger than the Hiroshima atom bomb (Castle Bravo). (Ed. I had an acquaintance that was there and his description was even more stunning than the media accounts – Letters in a Bottle) Now a team of scientists from Stanford University have been stunned. They discovered an abundance of marine life apparently thriving in the crater of Bikini Atoll, which was declared a nuclear wasteland after the bombings.

Strangely enough, the same has been found at Chernobyl in Ukraine. It is starting to emerge that even setting off every nuclear bomb will not destroy the planet or turn Earth into space rocks. We can alter our environment by doing so and rid the planet of humanity as the dominant species, but Earth will heal itself and life will adapt exactly as scientists have discovered in Ukraine at the site of Chernobyl. Who’da thought wildlife would thrive because humans were sent running.

This new evidence emerging from Chernobyl and Bikini Atoll is demonstrating that we just may not be as smart and all-powerful as we think we are.